I promised myself that I wouldn’t  start any new projects until I finished a few of the ones sitting on my desk.

But after being in a real funk I needed some motivation. I felt the urge to get back to the workbench and build something. I wanted to do a quick build, just a few days, to get back into things.

So from these few random parts, some styrene, and putty I think I’ll make a speeder bike.
Using styrene, I built a box to serve as the core of the speeder. The engine will attach to this part. Using putty I created a nice smooth transition between two parts that will be the top of the speeder. I used an engine from a 1/48 scale airplane kit (not sure what kit, I just bought the parts sprue). I’m going to use 3D printed parts on the engine so I sanded the molded details and built areas to attach the 3D parts. 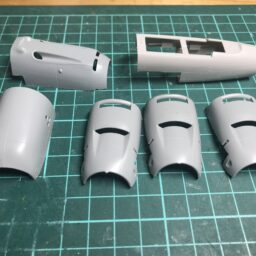 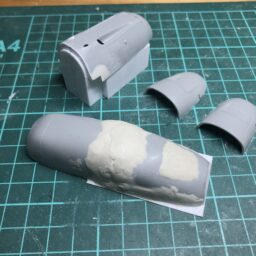 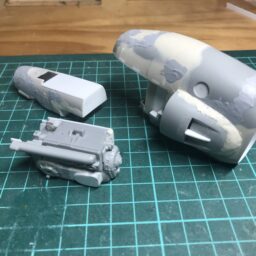 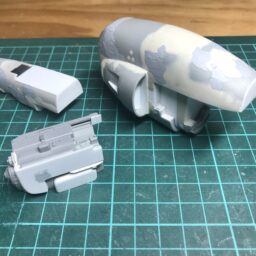 Added a seat made from a plastic spoon. I used Aves FixIt putty to create smooth transitions between the various parts. Model parts were used for detailing. The 3D parts used on the engine come from Model Babette. They have really great detail bits. 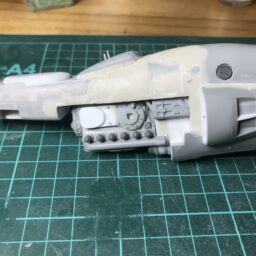 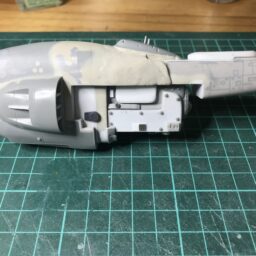 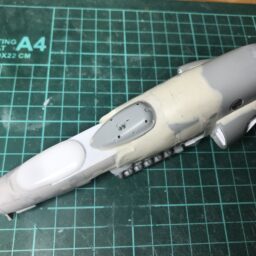 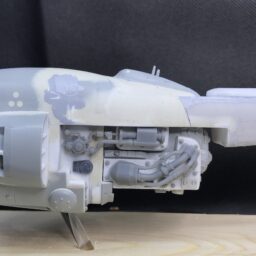 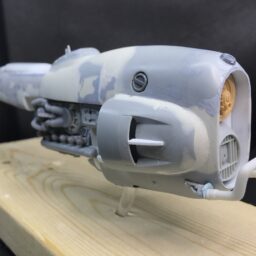 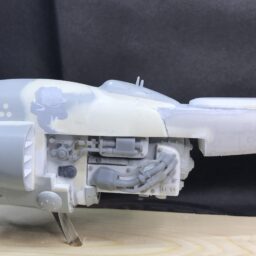 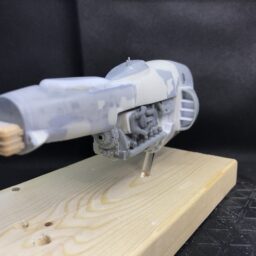 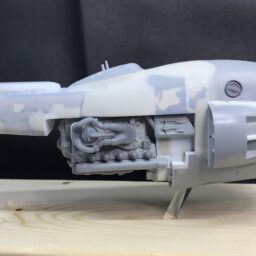 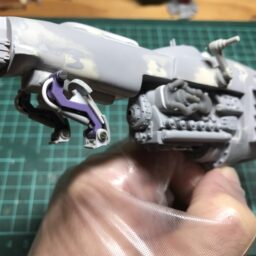 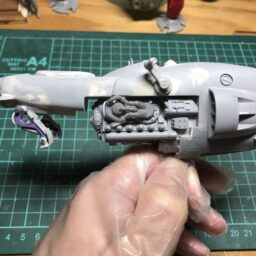 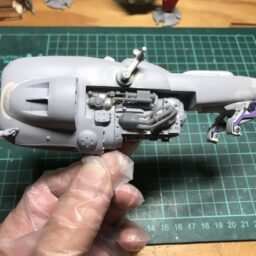 Once I felt it was finished I gave the speeder a lovely coat of primer. I love this part…it’s where things really come together. All those various bits of unrelated stuff come together as something coherent.

The rider is the B4D figure by Makoto Models. I met the artist at a hobby show in Tokyo shortly after moving to Japan. I bought the figure then. I had intended to use it for another project but felt he was a perfect match for the speeder. I modified (SabiHobbied – I think I’m going to use that when I modify something) it and repositioned his arms slightly and built him a new backpack from model bits.

It’ll be a while before I paint it (unless I change my mind). I still have quite a few builds in the queue that need painting.
I think when I do paint it I’ll do it as a street racer with cool stickers and stuff…in the vibe of Akira. 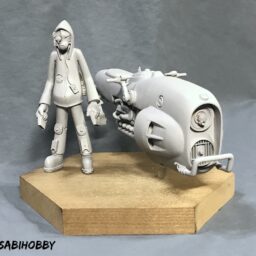 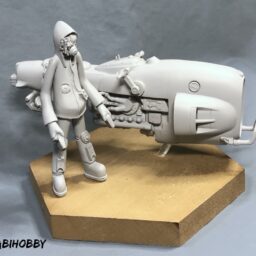 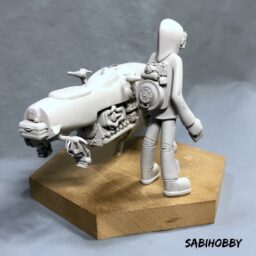 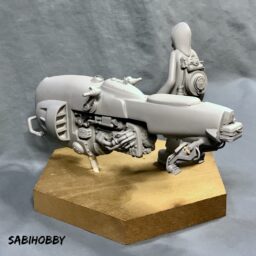 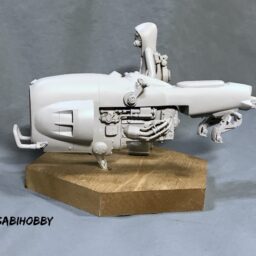 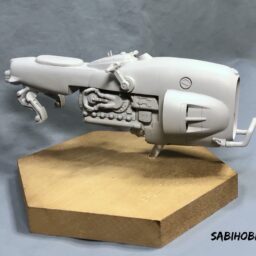