I think I was inspired by the pods used for mining in Guardians of the Galaxy. I had the idea to make a little ship that would go out and collect spice(?), space gas(?). Who knows what.

I took two gatcha capsules and glued the larger halves together. I then cut an opening on one side and filled the ball with tin foil. Using Aves FixIt putty I filled in the opening and shaped it to form the recess where the engine would sit. I then covered the entire ball with Tamiya Quick Type epoxy putty. I’ve never used it and wanted to give it a try. Covering the gacha ball with putty gives me a surface I can work with, I can glue parts to it, sand it, etch lines in it, etc. The plastic is hard to work with otherwise.

I decided at this point that I wanted to create some more recessed areas where I could add detail. I cut a hole in the top and filled it with putty. The tin foil inside acts as a backing. Once it was dry I glued a bottle cap inside that an engine will sit on. I also cut an opening for a cockpit window. The cockpit was built up with plastic sheet and gaps were filled in with putty. A couple of smaller areas were also cut in for smaller details. 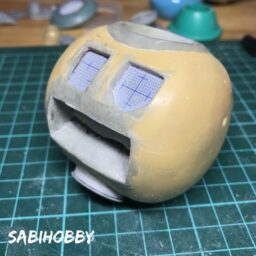 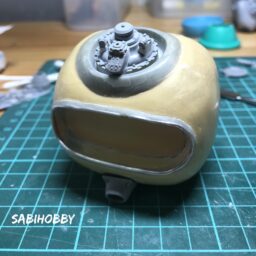 Other details were added to the surface by using firm wire to pin plastic model parts to the body and then filling in gaps with putty. I don’t like things to look like they were just “put” there and like it to flow together. Aluminum wire of different gauges was used for the wires on top and the piping on the bottom. 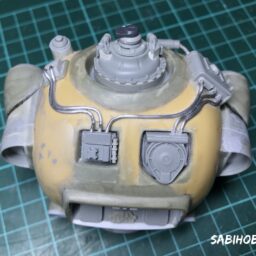 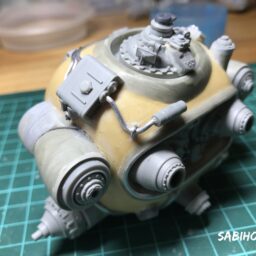 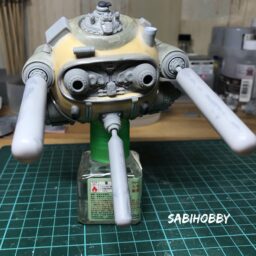 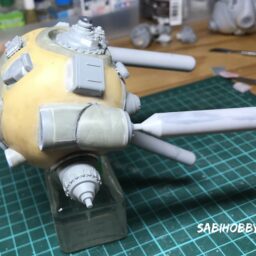 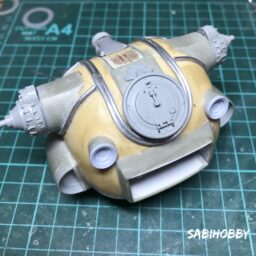 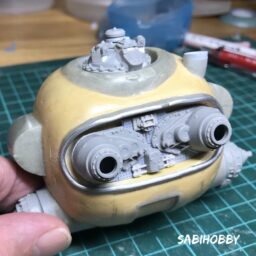 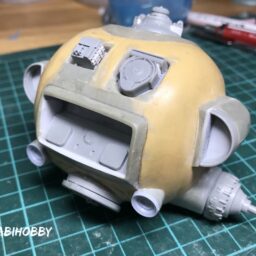 For the wings I made one. I then cast a copy. It worked pretty well. 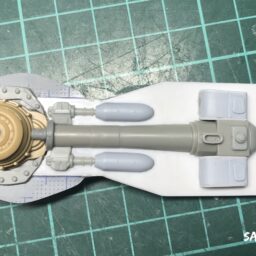 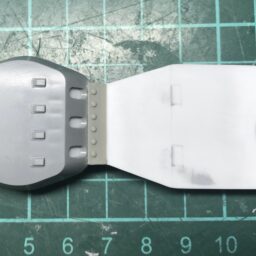 More details were added and then it was primed. 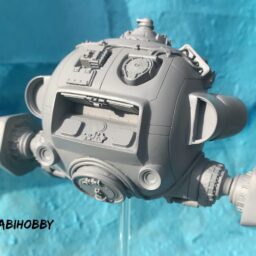 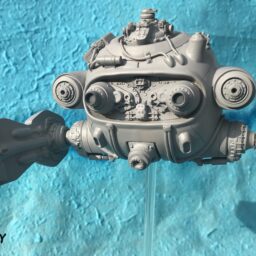 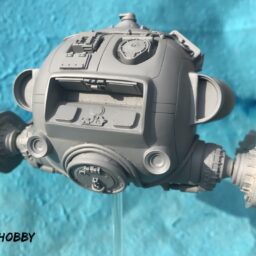