For a while now I’ve wanted to try a scratch-build using nothing but styrene plastic and model bits. So I decided now was the time.

I had an idea for a flying tug. Kinda dull, but I wanted to keep the design simple since I wouldn’t be able to rely on my usual cheat (epoxy putty). I decided I’d keep everything angular to make it easy on myself. I started off with a detailed panel which would be the engine section and built everything else around that. As I was working on assembling the base of the design, I saw it upside down and thought it looked better that way. So new ideas came to mind and I went for a tank.

Since I always make floating vehicles, I wanted to keep with the idea of trying something new and decided it needed to be a tank with tracks. I used 1mm and .5mm thick styrene sheet, bits from the parts box, a Bandai AT-ST kit, and a JSU-122 tank kit (that I cut up) to build the base. My design idea was inspired by WW I and Warhammer 40K tanks. The base I had built up to this point was fairly large so I knew it was going to be a large tank. A Behemoth.

Over the next 3-4 days it just came together. Ideas were coming easily and it just fell into place. It’s still very much a WIP with lots of work yet to be done. But I wanted to share some photos of how it looks so far.

It’s 1:35 scale and I’ll include a crew when it’s all done. Since I was making it up as I went along, adding more and more to it, it ended up being much larger than I thought. At any rate, I’m happy with how it came together. 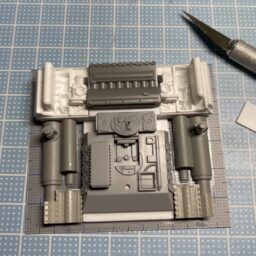 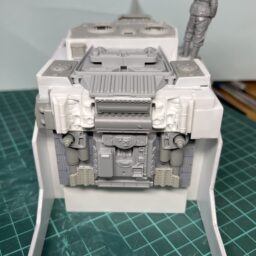 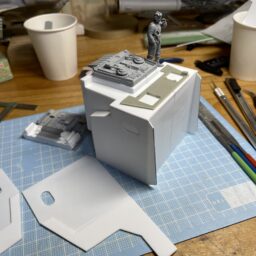 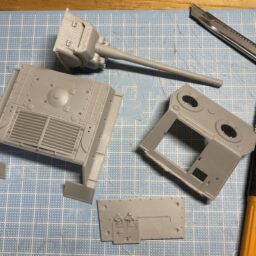 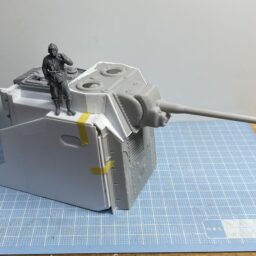 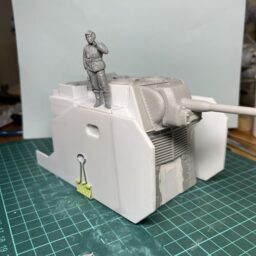 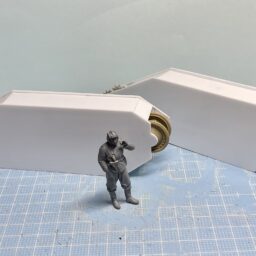 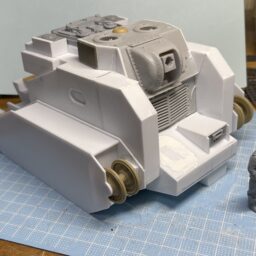 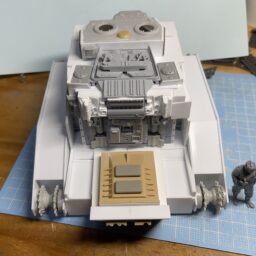 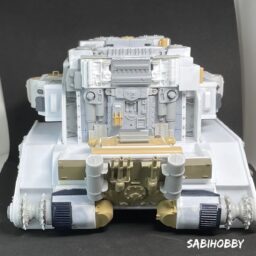 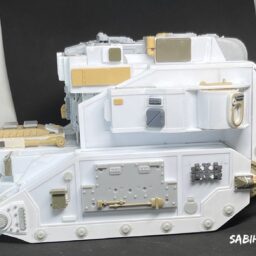 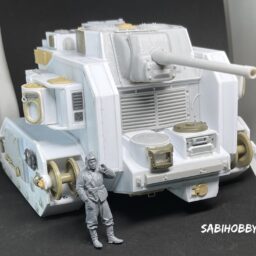 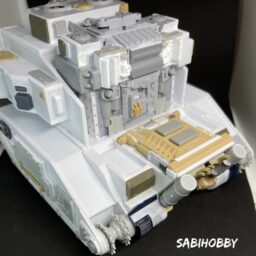 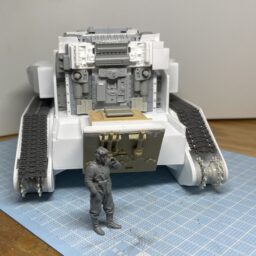 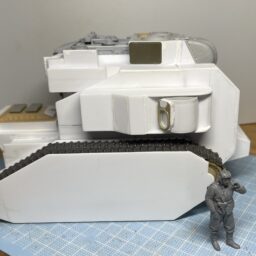 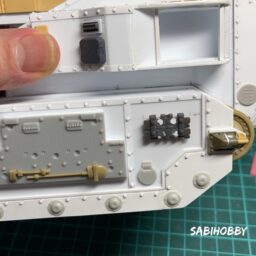 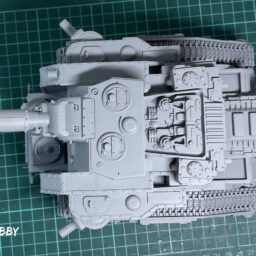 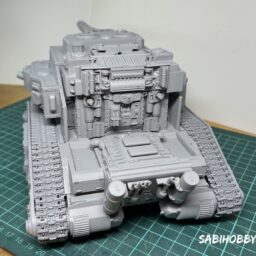 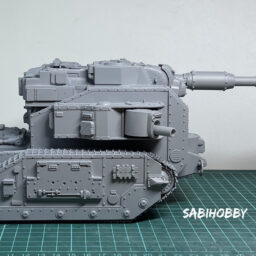 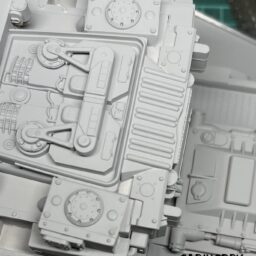 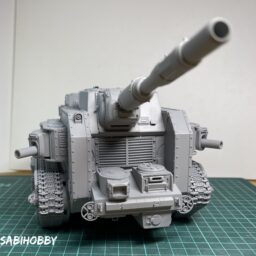 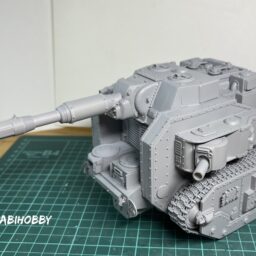