This Egg ship is another old build that’s been patiently waiting for paint. At long last that day has come.

This was somewhat inspired by the Sentinel drones in the Matrix, even though it looks nothing like them. I envisioned this as an unmanned drone of some sort and wanted it to look stealthy. I always intended to paint it a dark color with lighter colors used sparingly to add contrast.

In my stash of decals I found just the right ones to give the drone a backstory. I think it was from an Ma. K sheet that I found a decal that had “Egg Bombers” on it. How perfect! For the other side I wanted something that would fill the space and tell more of the story. A decal from this Green Stuff World decal set was just what I was looking for. And Danger Betty was born.

I kept the weathering light on this one. There is some streaking but it doesn’t show up well in the photos. I did some chipping but kept it minimal and mostly on the front and along the edges of the wings. My thinking was that because of the shape those would be the most likely places they would occur.

This was fun to build and paint. 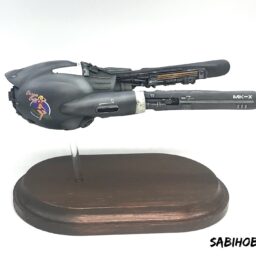 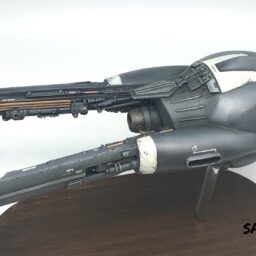 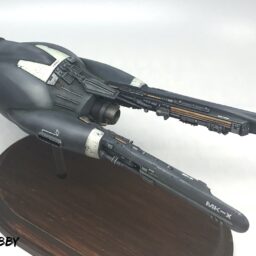 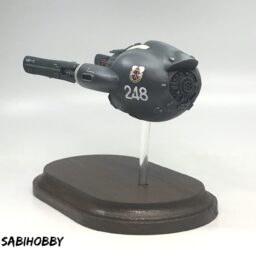 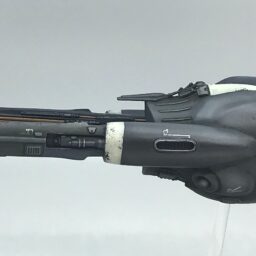 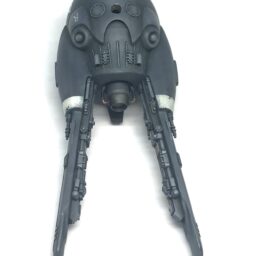 Other posts for this project:
Eggship