This is the second customized K-2SO that I’ve done. The first is my 6″ Black Series version. This one is a 1/12 scale kit from Bandai. It was a fun kit to make and is really detailed. A lot of the detail that was hinted at in the black series version is crisp and clear in the model kit.

I made the first K-2SO shortly before making the move to Japan and I never really completed it, so a few of the ideas from that one were carried over into this one. Mostly the colors, the heavy weathering, the “collar” around his neck, and the idea that he’s been wandering the wastelands for some time.

He’s built out of the box with only detail bits from the parts box added. The backpack is built from parts that I believe are from a Gundam kit, but not sure as I bought a bag of parts from a hobby store in Akihabara. Lots of good parts in that bag that went into this build. 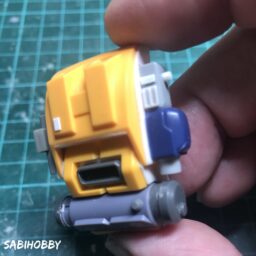 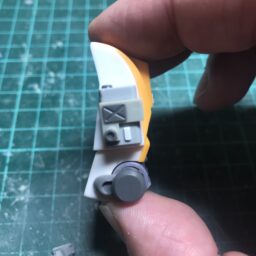 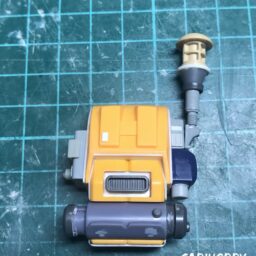 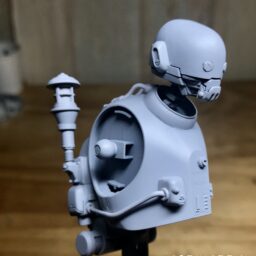 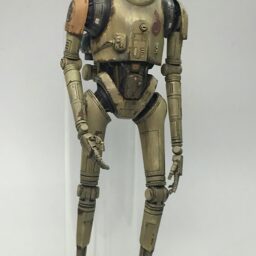 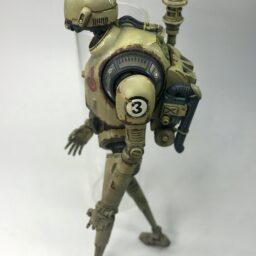 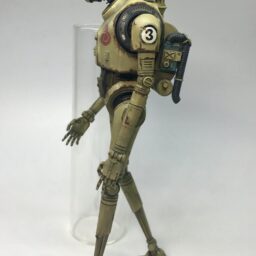 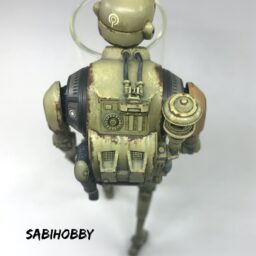 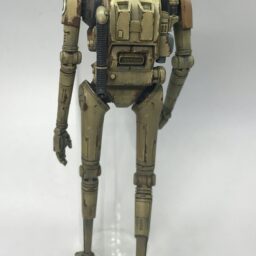 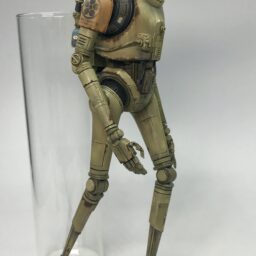 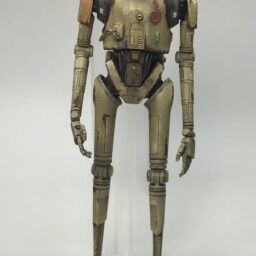