Built this one during the summer of 2018. It was my first project after moving to Japan. I didn’t have many supplies and model bits then, having left them in America, so I made due with what I had available: candy containers, plastic spoons, and lots of apoxie putty.

After posting this photo on different social media I had a few people thinking I did a bait and switch and they weren’t the same.
Although it wasn’t a straight line from photo A to photo B, it is the same items in both. 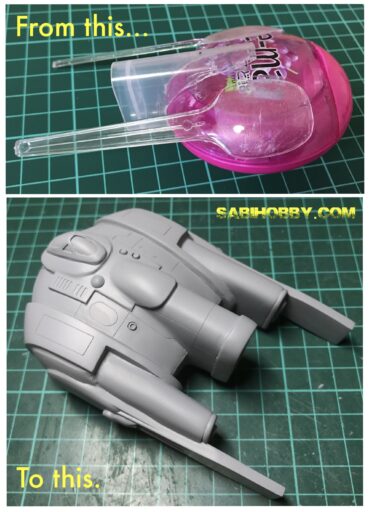 Here’s how it started – by throwing bits together to see what works. At this point I was playing around with the idea of the spoon “wings” being more on the top. I ended up putting them on the side to give it a more airplane look. I still like the idea of them on the top and may revisit it at some point. 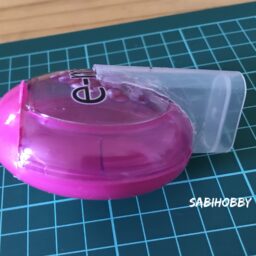 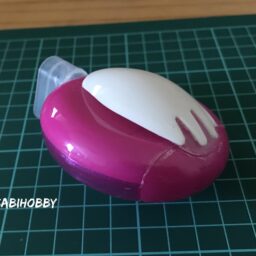 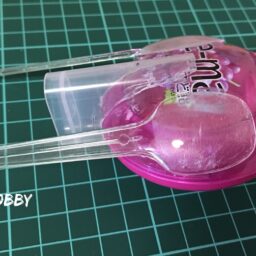 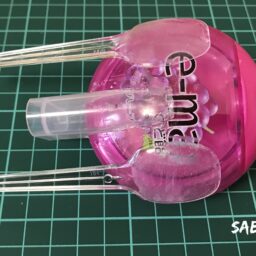 I attached empty disposable lighters to the sides of the spoons for thrusters. Their rounded shape fit the overall feel of the build and also gave it some weight. This is also why I moved the spoon “wings” to the side to accommodate the thrusters.

Once I settled on the basic form I started adding Aves FixIT putty. I use the putty to bring the different forms together and transition into each other. I like to make them transition as smoothly as possible and in a way that makes sense to the design. I try to avoid having them look like they were just thrown together. I also build up parts to add variation and visual interest. I used some fake fingernails, not mine, for the cockpit. It’s all a bit rough at this stage. 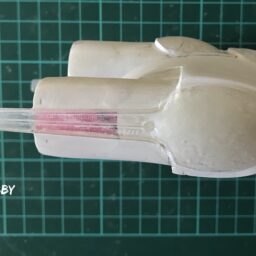 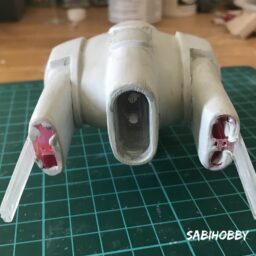 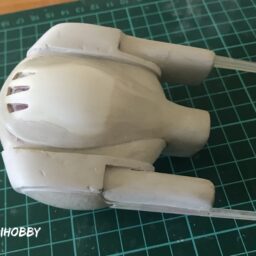 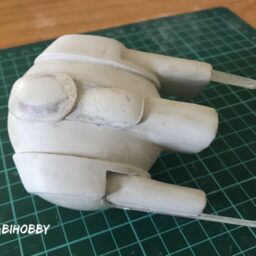 I wasn’t happy with the spoons on the side because they were too obviously spoons. So I used less spoony looking spoons to cover the existing spoon “wings”.  I used putty to extend and square off the rear end to give it a more wing look. I also squared off the rear deck and added surface details. I felt the front needed something so I cut out an opening for an intake. 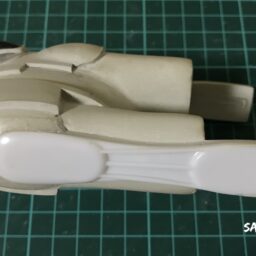 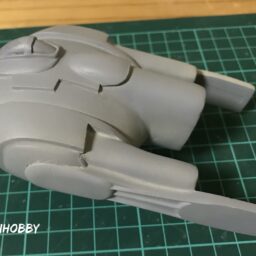 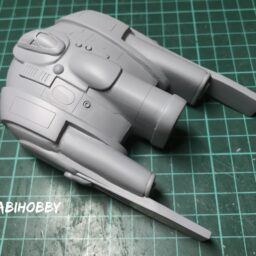 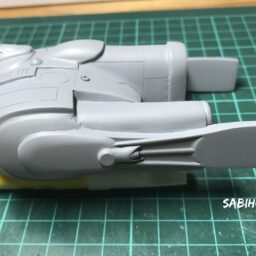 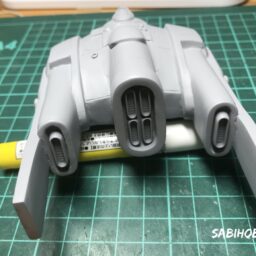 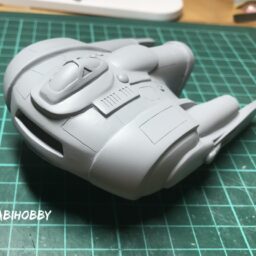